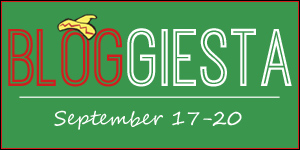 In short, Bloggiesta is a blogging marathon revolving around ticking off those items on your to-do list and improving your blog while in the good company of other awesome bloggers doing the same thing. Our awesome mascot Pedro (Plan. Edit. Develop. Review. Organize) is ready to break out the nachos, enchiladas, drinks, mariachi music and whack a pinata or two! It’s nothing short of an awesome fiesta!

In the hopes of helping me to be organised and get my blogging mojo back again. I have done this once before and although I didn’t complete my entire list, I did find it helpful. Fingers crossed I’m even more successful this time.

This novel was given to me by Maximum Pop, in return for an honest review.

This must be on of the best portrayals of families that I have ever read in a YA novel. Its certainly not perfect, but very much there. Each of the main characters (four teens) had issues with their families and were impacted by them. So often families are left out of YA novels because they are too much of a hassle to try and write about, which is why I commend Robin Benway, becuase not only only did she have a go, but she hit the nail on the head. Emmy’s parents are absolutely hilarious and I love the bond she has with them, even though she lies to them, they seem really close and she is always reluctant to hurt. Oliver’s, Caro’s and Drew’s family situations are all unique which truly represents the diversity that occurs within families and shows families don’t have to be perfect.

I love how this novel realistically painted a picture of teenage friendships. They aren’t always sunshine and rainbows, but the good ones are work sticking it out for and worth making sacrifices for. Best friends can drive you crazy, but you know you can lean on them and that they’ll be there through thick and thin. This novel reminded me of how much I love my own heart friends and how much better they make my teenage years. I will definitely be passing this novel on to see if my friends see it in the same way.

Emmy and Oliver does have a wide cast of fabulous characters, making it so challenging for me to pick a favourite. I’m going to think outside of the box and go with Emmy’s parents, becuase I know that parents are entirely underrepresented in YA. They are an endangered, nearly extinct species so I admire Robin Benway’s bravery in daring to write parents. Her risk certainly paid off as Emmy’s parents are funny, caring and protective making them the perfect blend to be an imperfect set of realistic parents.

The premise of this novel is a unique one, that I have certainly never seen explored in a YA novel before. One of the intriguing things I found about this novel is that I couldn’t pinpoint who was the ‘bad guy’ and the subject matter was something that impacted the entire community, rather than just the one victim, making it interesting to see how different people coped differently after what happened. I think it’s really tough for a  contemporary YA book to deal with difficult topics without it becoming an issues book that’s entirely focused on the issue and nothing else. This book handles the kidnapping of Oliver by his dad, very sensitively, never making judgements, simply showing all of the various people’s different views and how it impacted their lives. For me, this is the best way for a novel to explore an issue as if the other comes across as opinionated and judgemental, it can be difficult for reader to enjoy.

When asked my favourite scene, this was my response. How on earth can you also for my favourite scene and not expect me to spend seven years picking? This book is chock full of adorable moments but I certainly laughed a lot whilst reading chapter 17. In the scene, Emmy and Oliver are at Caro’s house before the party and their banter is just hilarious. I love the discussion about the eyelash curler!

In a world full of cute contemporaries, Emmy and Oliver manages to stand out of the crowd, with witty humour that had me laughing out loud, a focus on the importance of family and friendships, whilst also touching on deeper issues such as loss and how we react to that. The cherry on top was the heart melting romance between Emmy and Oliver and the unique aspect of surfing.

An apology and a plan

I feel as if this post definitely should be started with an apology or perhaps seven. In the past month or so, my blog has been pretty much abandoned by me, with only scheduled posts going up. I’m afraid I can’t even make excuses about being busy. For two of these weeks I was on holiday, however I have had plenty of time to blog, but just chose not to. This makes me quite sad, as up until now, blogging has been a real joy and something I can’t stop doing.

I’m hoping as I start school in a few days, I will get back to a regular routine and start blogging again. I am really hoping the reason why I’ve been in a bit of a slump is becuase of my complete lack of routine over the summer.

To help myself stay motivated I am trying to set myself some realistic goals. I am aware that as I go into this big exam year, is ill have less time to blog, but I definitely don’t want to give up.
So this is my weekly plan of what I’m going to do with my free time every week:

Hopefully this plan will keep me organised as I go back to school so I can keep my blog going.

That’s all from me for now, however I do have a few quick questions for you,
How do you stay organised whilst blogging?
How do you stay motivated? Any tips?
Any advice would be greatly appreciated.