I have always liked stories that started with Once Upon a Time, so I think that’s what I’ll do when I tell this one. Once upon a time, a few weeks back An Overthinking Teenager posted something on Twitter about possibly hosting a Blog Olympics. I immediately jumped on that bandwagon and started suggesting loads of ideas, some of which I’m sure she’ll say were completely useless, but regardless it became clear we were both really interesting in hosting something like this so I very cheekily asked if I could co-host with her and to my great joy she said yes! It has all sort of spiralled from there and I can now barely contain my excitement whenever anyone brings it up in conversation

Now I’m sure you’ll all be thinking, okay nice story but what on earth actually is a Blog Olympics? This is a very good (and commonly asked) question that I will now answer for you.
It’s a new idea we came up with that will include giveaways, competitions, blog discussions, and Twitter chats We’ve already secured some awesome prizes for you guys (seriously, we are both super jealous and have talked about pinching some prizes for ourselves on numerous occasions). Some of the prizes available to win are Rainbow Rowell and Fangirl goodies, many books from Sally Green, a book from Cathy Cassidy, a signed copy of Nowhere But Here by Katie McGarry, a signed hardback copy of Paladin and loads more awesome things – why don’t you go and stalk our Twitter accounts (links below) and try and figure out the rest of the wonderful people donating prizes?

Blog Olympics 2015 is set to run from Wednesday 1st July – Tuesday 7th July – we would really love for you to join, so go and sign up here.
https://t.co/nFpbjhKROl

The Olympics will be a chance to win cool prizes, meet new bloggers and hopefully have a ton of fun, so please do consider joining – the more the merrier! Also, if you’re interested in donating anything as a prize (literally anything postable…within reason…), have any questions or have any ideas/special requests for events, either stick a comment onto this post, tweet or Direct Message us @blogolympics, or email us at blogolympics15@gmail.com. We’d love to hear your thoughts! You can also follow/get in contact with each of us individually on Twitter – I’m @opinionful, and An Overthinking Teenager is @booksteaonesie . If you want to, you can also go and chat to her on Instagram at @booksteaonesie. You can also join in the general conversation on Twitter with #blogolympics, tag any WordPress posts with ‘Blog Olympics’ and feel free to reblog this post to get the message out there!

Do comment and let me know you’ve signed up, and go and check out a similar intro post on KJ’s blog.

This post was inspired by a post I read on Cait’s blog Paper Fury, so before you read this I would definitely recommend you check her post out here.

Have you read it? Good. Now we can get on to what I have to say.

After reading Cait’s post on Gender swaps, and spending an unnecessarily long time in the shower (because let’s be honest 99% of inspiration occurs there) I thought I’d write my own post on gender swaps. Obviously it cannot hope to ever be as intelligent or witty as Cait’s post, but let’s give it a go, shall we?
I think gender swaps are great. It puts an original spin on a a story that has already been told in a thousand different ways. I would love to read gender bent stories, but unfortunately the key word in that sentence is would. Admittedly I don’t read the most diverse range of books, but I have yet to read a gender bent novel. I know, disappointing!

In the hope of solving this problem, I had a look online to see what stories exist and here are a few I found which looked good and are now going on my never ending TBR pile. I must confess, instinctively I would be more drawn novels where a traditional male character is female, but that’s because, let’s be honest, most classics feature male protagonists doing the cool stuff, however I would be interested in reading gender bent novels the other way round too. 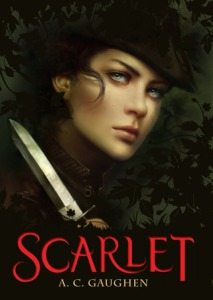 Will Scarlet is good at two things: stealing from the rich and keeping secrets – skills that are in high demand in Robin Hood’s band of thieves, who protect the people of Nottingham from the evil sheriff. Scarlet’s biggest secret of all is one only Robin and his men know…that she is posing as a thief; that the slip of a boy who is fast with sharp knives is really a girl.

The terrible events in her past that led Scarlet to hide her real identity are in danger of being exposed when the thief taker Lord Gisbourne arrives in town to rid Nottingham of the Hood and his men once and for all. As Gisbourne closes in a put innocent lives at risk, Scarlet must decide how much the people of Nottingham mean to her, especially John Little, a flirtatious fellow outlaw, and Robin, whose quick smiles have the rare power to unsettle her. There is real honor among these thieves and so much more – making this a fight worth dying for. 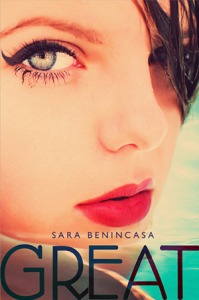 Everyone loves a good scandal.

Naomi Rye usually dreads spending the summer with her socialite mother in East Hampton. This year is no different. She sticks out like a sore thumb among the teenagers who have been summering (a verb only the very rich use) together for years. But Naomi finds herself captivated by her mysterious next-door neighbor, Jacinta. Jacinta has her own reason for drawing close to Naomi-to meet the beautiful and untouchable Delilah Fairweather. But Jacinta’s carefully constructed world is hiding something huge, a secret that could undo everything. And Naomi must decide how far she is willing to be pulled into this web of lies and deception before she is unable to escape.

Based on a beloved classic and steeped in Sara Benincasa’s darkly comic voice, Great has all the drama, glitz, and romance with a terrific modern (and scandalous) twist to enthrall readers. 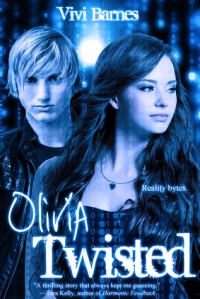 Tossed from foster home to foster home, Olivia’s seen a lot in her sixteen years. She’s hardened, sure, though mostly just wants to fly under the radar until graduation. But her natural ability with computers catches the eye of Z, a mysterious guy at her new school. Soon, Z has brought Liv into his team of hacker elite—break into a few bank accounts, and voila, he drives a motorcycle. Follow his lead, and Olivia might even be able to escape from her oppressive foster parents. As Olivia and Z grow closer, though, so does the watchful eye of Bill Sykes, Z’s boss. And he’s got bigger plans for Liv…

So those were a few I found, but there still isn’t a great range of gender bent novels out there. So here are the top three general bends I think should happen:

On the note of gender swaps, whilst I was googling this topic I found a really interesting article about Maureen Johnson’s campaign to end gendered book covers. The article outlines her key ideas and also has some ideas of what book covers would look like if they were written by an author of the opposite sex. If I were you I would totally check it out here.

So, what do you think? Are you a fan of gender swaps? Will you be adding any of these books to your TBR? What retelling would like to see gender bent?

I feel like both my favourite and least favourite book to movie adaptions are very cliché and easy to guess, but I’ll tell you them anyone. My favourite book to movie adaptions are the Harry Potter series. Not only do the movies stay true to the books, but I absolutely adore most of the cast. There will never be any other Hermione than Emma Watson in my mind and Maggie Smith was the perfect McGonagall. Now turning to my least favourite, it has to be, hands down, the two Percy Jackson movies. I really don’t understand after the train wreck that the first movie was. The movie didn’t at all follow the book and I’m not sure if it even qualifies as a book to movie adaption it was so different. I mean, come on!

Now looking towards the future, at books I would like to see as movies. This is quite tricky when I actually start to think about because I wouldn’t want any of my favourite books to be ruined by having a movie adaption.
So here are three books I would like to see as a movie:
1. Starcrossed By Josephine Angelini
This is a novel I haven’t really talked about, or read in absolutely ages. I feel like this novel has the right mix of romance and paranormal (technically mythology but close enough…) that it would do quite well in cinemas. It is a movie I think would be challenging to ruin as it is a fast paced entertaining novel that I can imagine would be easy to script.
2. Touch of Power By Maria V. Snyder
I am always wary when thinking about fantasy book to movie adaptions, but this is a world I would love to see on there big screen. I also think making it into a film, would get this books some much deserved attention, as it is one of my favourite fantasy novels.
3. Finding Sky
This book series just make me feel warm and fuzzy inside and will always have a special place in my heart. I have forced this book on quite a few friends and they have all had the same reaction as me. Therefore I think this would be a really great feel good girly movie to watch at a sleepover with your BFF